Tell us what event is that is to be written about – wedding, christening, child’s party, or a special anniversary or birthday

Tell us what role you play in the event – bride, groom, best man, maid of honour, mother or the bride/groom, father or mother of the child being christened, the child itself (for a semi-fictionalised account of the day), party organiser, guest, birthday or anniversary recipient (e.g. bride)

Provide dates and details of the event itself and any key moments in the run-up that you want referred to or detailed (e.g. sunny afternoon in July 2015 (on specific date and at a specific time), held at a (named) church, wedding breakfast held at a (named) hall, all following a whirlwind engagement after bride and groom met on holiday (detail) in May)

Provide physical descriptions – (e.g. bride is 24, Blonde, model-look, groom is 75, well-travelled, bronzed and very fit for his age, only ten people attended, vicar looked a lot like Dawn French in The Vicar of Dibley (but heavier and older), the village hall was dilapidated, the honeymoon car was the groom’s 1934 Bentley)

Provide a time-line and relative proportions represented within the story (e.g. holiday romance between May 19th and May 20th – 15%, engagement details (5%), wedding day preparations (20%), wedding ceremony (30%), wedding breakfast including speeches (30%))

Choose whether to have it published as an eBook – or as a personal story/memoire only (or choose to assess the resultant tale first), or provide a distribution list (giving details of the roles taken by the people within the list (e.g. xyz@abc.com – mother of the bride, zyx@cba.com – grandson of the groom)

Choose any photographs or artwork for inclusion and provide either actual items of your own or allow choice. This can include (where present/relevant) copies of the invites, an image of the certificate, guest lists, an image of tickets, favourite photographs of the event

We have set out below the processes that are entailed in story/biography creation but if you are interested in knowing more about the fictional or factual options and want to talk to someone here, please feel free to call and discuss the choices that are now available to you, and what you will be a part of.Once Upon a Lifetime is a unique service and the finished product is unique and personal to you. Whatever the type of story or account we produce, you will be closely involved in the creation process – this is your story.

Pick a genre – then choose a form for that genre (e.g. Horror, and Vampires)

Pick a role – then choose your character’s specific relationship to the lead (e.g. Servant, and ‘much-loved assistant who understands the vampire lead). Also pick the name by which you want to be known in the story, and pick your character’s racial type and gender (e.g. Sara, a permanently young woman, white as a ghost, from London)

Pick a story – then choose a broad story line to play out in the tale, and any associated jobs descriptions/roles and names (e.g. Targeting a celebrity, a chat-show host called Micky Mickelson, known for his apparent homosexuality and as a friend to all)

Pick your look and other character traits that you want included (e.g. broad cockney accent, great figure, likes and aversion)

Allow one of the writers to come up with a suggested story and agree it, or make changes to some detail.

Suggested story sample based on the choices made:

Sara, the perennially young servant of the ancient vampire, Nippo the Great (and Cruel), assists him in his new attempt to make a name for himself - the biting of Micky Mickelson, the tiresomely camp host of countless chat shows on TV.

Vampire and servant finally get Mickelson alone after countless failed attempts, only to discover that his television role is a mask. The loveable host is not a homosexual at all, and come to that he’s not even human.

As a result, the rather lovely Sara ends up with a new master…

Choose a standard story length – approximately 5,000 words – or something different from the options listed.

Choose any photographs or artwork for inclusion and provide either actual items of your own or allow choice. 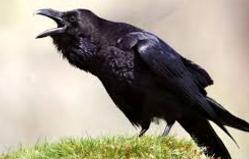