The story of a proper gent and mystery lady

A short story by John Money

This is the story of Lady Jane and two accidents. I shall let you be the judges in this matter, but would ask only that you keep an open mind, for this story is far from commonplace, as you will see.

There are many points in time during which this tale might commence and even now, in my dotage and with the benefit of hindsight that stretches back a full three-score years, I am not certain that I know them all. And so, I shall start at a point that might seem arbitrary in the grand scheme of things, but which, for me, was a time and place that altered the course of my personal history. It was, of course, the day that my eyes first beheld sweet Lady Jane.

She arrived at my offices on a fine May morn, unannounced and equally unexpected, and were it not for the letter of introduction from none other than the redoubtable Miss Fotheringale herself, I should have turned my visitor back into the street. My thirtieth birthday was still fresh in my mind, and my business -- the agency that still bears my name -- was in its infancy. I was neither seeking to employ new staff and nor did I have a need for more hands on my particular deck -- the success which is now, of course, legendary was still many a year in the future.

Nevertheless, Miss Fotheringale was not the type of lady that one could ignore, and if she saw fit to send along a young woman then I was certainly not going to turn her away before I had at least perused her credentials. I summoned a little chivalry and ushered the young woman into my office, where I settled her in the client's chair while I went about the business of breaking the seal on the introductory missive and scanning the contents.

One of the few benefits that arrive with great age is the ability to be honest without attracting displeasure or criticism, and so I will admit to you now that I scanned not only Miss Fortheringale's elegant copperplate, but also the face and form of my visitor. And I will admit, also, that I found the letter of far more interest than the young woman herself.

Although we had entered the third decade of the twentieth century, she was attired in fashions more suited to the late Victorian era, and, dare I say it, the drabness of her appearance was exacerbated by the severity with which her dark-brown hair was pulled into a tight bun, and by a pair of black-rimmed spectacles that appeared to threaten the integrity of her nasal bones. My junior partner, Thomas Greenhorn, was once given to remark of Lady Jane that "were she not to move, you would never know she was there" -- and whilst there is an element of hyperbole in his observation, it is not without a grain of truth.

I should interject at this point in my narrative in order to reassure you that the story of Lady Jane and the undetermined number of accidents will not descend into cliché. You will not read of me taking a shocked, deep breath and uttering "But my dear, without those spectacles you are beautiful!" Indeed not. This is not that kind of story in the slightest.

For one thing, it was clear to me from that very first morning that Lady Jane, underneath the stiff cottons, high collars, and monochromatic raiment, was a fine looking woman. She was slight of build, taller than most ladies, and moved with a grace that the best of her efforts could not conceal. The features of her face were fine and evenly proportioned, her cheekbones high, eyes large and the palest shade of blue, her lips full and yet capable of thinning at the slightest provocation. And yet...

And yet, there was nothing about her that you actually noticed. Nothing which caused the slightest of pauses for thought, nothing that made you think for a fraction of a second that here was an attractive woman. Lady Jane could blend into her surroundings so effectively that you would be hard pressed to say for sure that a human being was present, let alone a potentially beautiful female.

Miss Fotheringale was, however, entirely unconcerned with Lady Jane's appearance as was made plain by her letter. She requested 'most humbly' that I might consider offering the young woman a junior position upon my staff. Given that the redoubtable Miss F was not given to humour of the more ribald type, I took this to mean that she wanted me to employ this young woman. As I have already mentioned, I was not at that time precisely flooded with work, but now that Miss F had mentioned this possibility (she would never have lowered herself to write anything as demeaning as an outright request), I took to consideration of the matter.

I had heard word at my Club that a growing number of the more youthful and thrusting professional types were taking to the new-fangled American concept of keeping a personal aide at their side, and the idea held appeal. Unfortunately, many of these young, thrusting types were considerably better financed than myself, and I had rather imagined that a personal aide would be beyond my pocket.

Continues to a mysterious end...

To be published as part of a collection in Summer 2015...

The story of a very ordinary, very abnormal. girl....

A Novel by John Money

“Just look at what it says here! Total garbage! Utter crap!” Sue threw the newspaper section over her shoulder and let out a hiss of unbridled frustration, “And they call it a ‘literary review’! The nerve of these people! Don’t they have any idea what…” Her voice trailed off as she carried out a mental count of her apostrophe use. She winced. “Five on the trot! I mean… five on the trot and I guess that would make it six but can you really blame me after reading that?” She stared at Jingo, who stared back.

“I’m sorry to take it out on your sleep-time, but really… how can anyone say how refreshing it is to read of a ‘normal, everyday vampire’ when they clearly know nothing about what’s normal and not normal? Or even, who’s vampire and who’s not, huh? Answer me that and then tell me I’ve no reason to get all frustrated!”

“You can’t, can you? And don’t think it’s just because you’re a dog, either – I know you better than that.”

With a sigh, Sue dropped onto the sofa beside her surprisingly level-headed pet. She stretched out an arm and began to ruffle the retriever’s silky ears, both creatures relaxing by stages until the one natural respiration rate and the one learned and practiced respiration rate settled down to patterns that a vet and a… er… doctor, would call normal. A doctor named Victor Frankenstein, possibly, but a doctor in any event.

Another sigh escaped Sue, “Oh, Jingo, I’m sorry to get all het up about these silly little people, but if I stop caring about how we’re portrayed, what chance do we – I mean, I – stand, huh?”

She vaulted to her feet in a graceful movement that belied her two-hundred and twenty one years, rather spoiling the effect when she trod on a squeaky bone. Jingo raised one drooping eyelid until Sue passed him the rubber toy.

He took it in a tender bite, settling it between his outstretched front legs. He looked up at Sue and licked her hand. “Thanks,” he added.

“You’re welcome,” Sue said, her eyes flicking towards the corner of the room where the offending newspaper review was fluttering in the breeze flowing through the room’s open window. A beam of sunlight fell on one corner of the nearest page, highlighting part of a headline: “Homeless numbers fall to record low”.

She crossed to the discarded newspaper and picked up the front sheet, a rueful smile playing around her mouth, clearly enjoying its rare moments of release. Squinting in the late afternoon sunlight, Sue surveyed her reflection in the long mirror that dominated the corner of the room.

“Now that,” she pointed at her image with the newspaper, “is normal and ordinary and very, very every day.”

It wasn’t the case, she knew, that she was entirely unattractive. It was more that there was nothing – not one single aspect – that wasn’t entirely un-average. Except possibly, the length of her canines. She was average height, average weight, brown-haired, brown-eyed, light-skinned, averagely proportioned… even her voice was a mid-tone, accent-less purr that seldom registered in a crowd. In mild desperation – it would have to mild for someone like Sue, of course – she let out a low snarl, baring the fangs that in many ways were all that made her any different from the ultimate miss average.

She put them away again with a trademark sigh. “Pussy cat.”

Jingo lifted his snout, “Where?”

“Just a figure of speech, mutt. Go back to sleep.”

Sue unbuttoned her – average-coloured – blouse, and threw the garment in the general direction of the over-flowing laundry basket. Another glance at the mirror confirmed that her breasts were gloriously average as well, albeit that few women in their twenty-third decade could claim that gravity had yet to take a toll in the bust area. She unzipped her skirt and then paused, looking at the sofa.

With a sigh of his own, Jingo lumbered to his feet and, bone in mouth, trotted through to the kitchen.

Once Sue had closed the door behind him, she finished undressing, for once grateful to live alone with her dog so she didn’t have to explain that particular sequence of events to a flatmate. The mirror drew her attention once again, her mind idly wondering whether anything had dropped off or grown since she’d last examined her reflection – anything that would reduce the impact of her normalcy.

“Nope,” Sue told herself, “all where it has always been. Except that one time in Dover,” she added. A quick shrug was enough to tidy the memories back into their closet, and without further distractions she knelt in the lotus position, arranged her fingers into the complicated pattern suggested by the Idiot’s Guide to Yoga, and began to adopt a transcendental state of calm, and to practice her breathing pattern so she wouldn’t be caught out again. 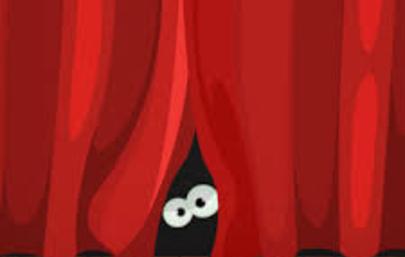 This page offers you sneak previews of my latest novel - a work in progress concerning the very ordinary Sue (who just happens to also be a vampire) - and my most well-received short story to date which relates a rather unusual tale....

If you want to know more about my very ordinary vampire - and the story of how she becomes involved in the highly political plot to banish all of her kind - and other 'strangers' - then let me know and I will be first to tell you when the completed novel is published. A fortunate (?) few will even receive some more sneak previews...

If you would like to know what my hero finds out about Lady Jane - and how their lives intertwine - then let me know and I will be happy to send you a copy of the story - ahead of the Summer 2015 publication of a collection of the mystery tales of gentlemen who meet the oddest of ladies...